A Natural Solution to Hemp and Cannabis Bioavailability 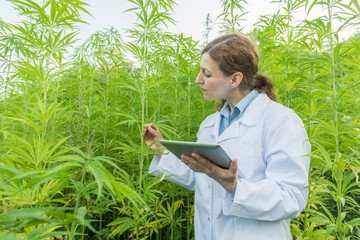 There’s a commonplace problem in the hemp industry that we rarely discuss honestly: the bioavailability problem. What if there was an effective alternative that could make hemp extracts more effective, more efficient and reliable for consumers … and do so completely naturally?

We’re all gathering at this expo to discuss alternatives, and some of the best alternatives are the ones that exist already in nature. This article takes a closer look at a natural solution to the  bioavailability problem for CBD, THC and other cannabinoid products which was developed at OP Innovates.

Many of you may be aware of the fact that the active compounds in cannabis and hemp are fat soluble, which becomes a problem because humans are mostly water. That means most extracts on the marketplace, especially anything that’s consumed orally, are incredibly inefficient. Most of them go to waste. That means fewer satisfied customers when compared with a more bioavailable product which provides the same relaxing results every time.

Let’s go over a few basics about this topic first, then talk about how our patented Naturia Plus™ delivery system differs from comparable alternatives like “nano” extracts.

When it comes to typical extracts made from hemp or cannabis, such as most CBD oil products, we are lucky if 10% makes it into our blood. Again, that’s because of the incompatibility between the fat-soluble cannabinoid molecules and the water-based humans consuming them.

While other methods of ingestion can be more efficient, they come with their own drawbacks. Smoking, among the most bioavailable ways to ingest cannabis, comes with its health risks and can obviously be inconvenient or inaccessible during many circumstances.

So how then do we “fool” our bodies into absorbing compounds they would otherwise ignore? That’s where a lot of clever science, and an even more clever evolutionary development come in.

The Problem With ‘Nano’ Extracts

So-called “nano” extracts offer one common solution to the problem, albeit an unproven and highly artificial one.

To create nano-CBD or other hemp or cannabis extracts, producers blast the larger molecules of extract with sonication (sound waves) to create the tiniest possible particles. These particles are then encapsulated in another substance, typically a lipid or wax, to create an emulsification.

However, nano extracts normally require the introduction of chemical compounds that alter the taste and due to their more recent introduction in the dietary supplement and food space are not considered Generally Recognized as Safe (GRAS). In addition, the technology and methodologies used to detect and analyze nano-scale molecules in toxicology studies is unavailable making the safety of these compounds unknown.

More importantly, while manufacturers often have ambitious claims about their particular approach to making nano extracts, these claims are largely unproven by scientific research.

Our patented delivery system uses a pre-existing evolutionary pathway that’s present in all mammals. Naturia+ biomimics Mother Nature’s most complex transport system in the human body – the manner by which mother’s effectively pass fat-soluble nutrients to their young. The same pathway carries our extracts past first-pass metabolism in the liver (where most cannabinoids are degraded) and into the intestinal wall where it is absorbed into the lymphatic system and bloodstream. This GRAS approach allows lipophilic extracts to naturally absorb well in the body without adding any artificial chemicals or otherwise harming the purity of the extracts.

Naturia+ is available in stable, dry capsules and potent edibles that have a proven bioavailability. That’s because we put our extract to the test in a scientific study, completed in summer of 2021.

Using dogs that were volunteered by their owners, we compared the effectiveness of a CBD extract made with Naturia+ versus a more conventional extract made by combining CBD with MCT oil. Our product succeeded two times over – more of it was absorbed when compared to the MCT-based extract, and on top of that, it absorbed faster than the other product too. The dogs in the study were feeling the full effects of Naturia+ and CBD just 2 hours after it was added to their food, while it took almost twice as long for MCT and CBD.

Interestingly, the dogs involved in our study also found it easier to digest Naturia+ compared with the other formulation with Naturia+ reporting zero adverse events whereas MCT oil reported 50% adverse events.

Beyond research studies, Naturia+ is already working for thousands of customers every day in product lines including Hemp Mellow and Overcome Every Day among others.

Hemp Mellow’s capsules promote long-lasting relief through with our Naturia+ technology, and a full-spectrum formula that contains the maximum amount of THC allowed by federal law, including capsules boosted to 1.5mg THC per capsules and gourmet chocolates at 9mg THC per chocolate. The result are products that customers can really feel. During the week of the Alternative Products Expo, Hemp Mellow will also launch Mellow Dreams, a melatonin-free capsule which promotes healthier sleep through a special blend of cannabinoids and terpenes. All these products are available for white labeling.

This is just the beginning of the exciting potential for this patented technology. There are a wide array of beneficial lipophilic compounds that might be more efficiently delivered with Naturia+ technology.

On a larger scale, we encourage you to search within nature herself for alternatives that solve common and not-so-common problems. More than likely, there’s already a solution out there, selected from the endless possibilities and endless combinations that make up evolutionary development.